In “The Gang Gets Quarantined,” Frank (Danny DeVito) alerts the gang that his sweet old neighbor has died from the flu. He thinks they should quarantine to avoid the germs haunting Philadelphia. The gang's immediate response is that they’ll be fine because they’re young, but Frank will probably die because he’s old and feeble. Eventually, Dennis (Glenn Howerton) agrees that they need to quarantine, but only to protect their voices. The gang wants to compete in a Boyz II Men singing competition, so they all agree to self-isolate. Of course, madness ensues when they’re trapped together. 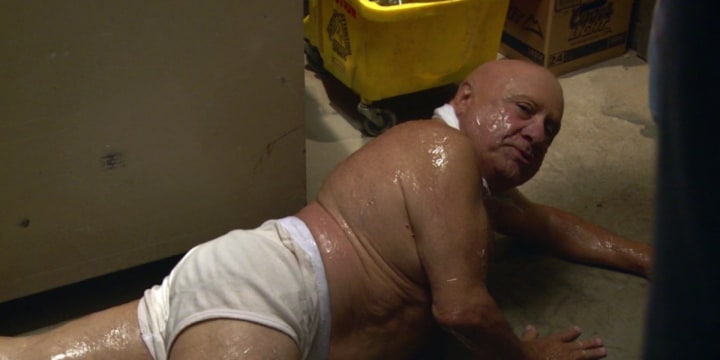 The Fast Spiral Into Madness

Most of us have lost count of days or weeks, and this quarantine has only been going on for what, a month? 700 weeks? Five years? No one knows. It doesn’t really matter how long we’ve all been on lockdown because most of us have absolutely lost our minds. We are all in fact Frank.

In the episode, Frank becomes obsessed with staying “pure” to avoid contamination. It starts with small things, like avoiding germs by not letting outsiders in, and then quarantining people who have been compromised by locking them up in a separate room. Then things get a bit more serious with Frank: He shaves off all his hair. 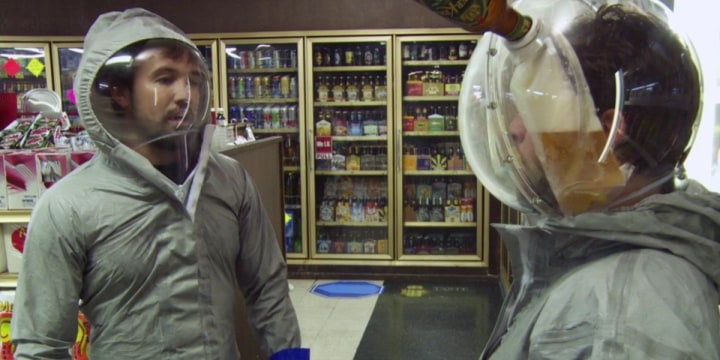 The Extremes People Go To To Avoid Contamination

Frank forces the quarantine within the quarantine, but that’s not his only extreme rule. He makes the gang only leave when necessary. This means they can only leave Paddy’s Pub for essential items. He also dictates their eating habits. They can’t drink alcohol because it weakens their immune system and must eat healthy things that are protected like oranges.

Frank allows Charlie (Charlie Day) and Mac (Rob McElhenney) to leave the bar for a grocery store trip, but they must wear protective gear. Fortunately, Charlie’s mom (Lynne Marie Stewart) used to make her and Charlie wear homemade Bubble Boy suits whenever flu season hit Philly. These suits keep Charlie and Mac protected while in the grocery store until Mac shows Charlie some dance moves and ends up tearing a hole in it.

When Frank finds out, Mac enters the lockdown room with Dee (Kaitlin Olson) and Dennis. Let’s face it, if you share a home with someone and they leave the house, you’re going to quarantine them away from you even if they just sneeze. You may be a saint and risk it by sticking by their side, but most of us aren’t married to Idris Elba, so our spouses, friends, and family members are getting put in a locked quarantine room. We’ll still take care of them and help them but we’re definitely further confining them. 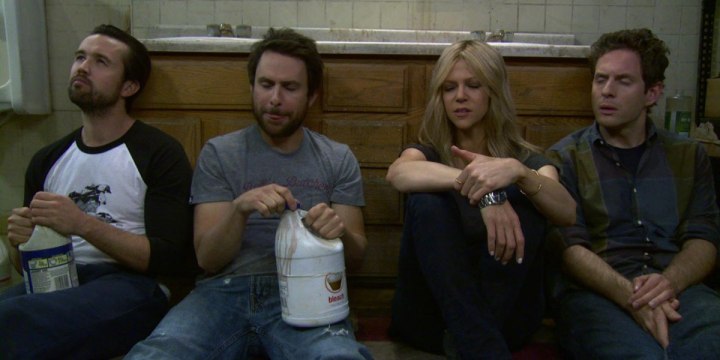 Dark Secrets And Truths Will Come Out While Quarantined, But They’ll Get Buried Later

Dennis, Mac, Charlie, and Dee all become violently sick. They turn zombie pale, vomit, and show all signs of the flu. They think Frank has been right all this time and they were too careless when approaching this flu epidemic. However, Charlie reveals that he hid some alcohol in cleaning supplies.

They drink it and suddenly get well. The gang realizes that they haven’t drunk any alcohol since their lockdown quarantine began. They never had the flu, they’re all just alcoholics and can’t function without it. Like many of the gang’s epiphanies, they decide to just bury it and not do anything about it.

Self-isolation and quarantine is going to make you realize some truths about yourself and others. You can either use these truths to try to improve the world and yourself, or you can just get drunk when all of this is over, and pretend like it never happened. I’ll take the drunk option over self-growth. No one needs that noise. 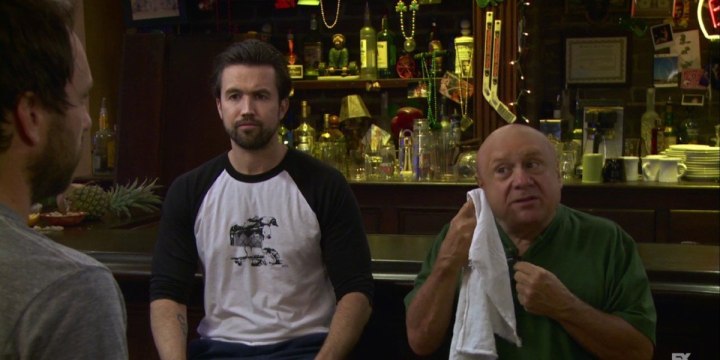 Bad Hair Cut Decisions Will Be Made

Frank completely shaves off all his hair in a quest to eliminate any germs. He tries to do the same with Charlie, which is how Charlie joins Mac, Dennis, and Dee in lockdown. Frank does not look good bald, and neither do so many people who have shaved their head during the quarantine. Due to boredom, many people have pulled out clippers and scissors to get rid of all their hair.

It didn’t look good on Frank, and it probably isn’t working for you, but hair grows back. 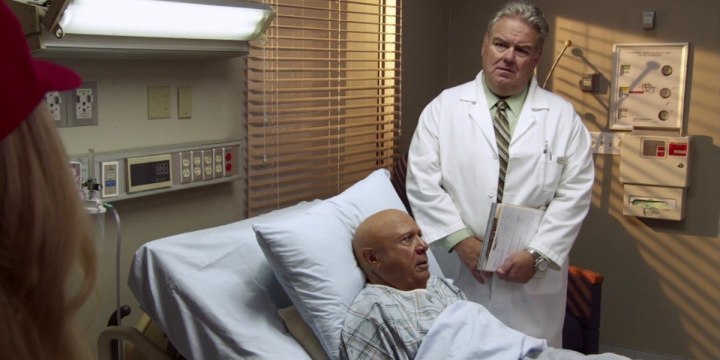 The Thirst For Attention Rises

The gang are normally attention seekers, so it isn’t surprising that once free, they give Frank’s doctor (played by Jim O'Heir) an impromptu performance of Boyz II Men’s “MotownPhilly.” He watches in horror, proving once again that doctors aren’t nearly paid enough for all the traumatizing things they have to witness daily.

After singing, the gang learns that the concert and contest have been cancelled because the members of Boyz II Men have gotten the flu. Like the gang, even if you normally prefer no attention, the minute you can freely interact with people, you’re probably going to be wearing a huge look-at-me sign. You might also start vlogging your life every five seconds. It’s going to be a little while before we go back to enjoying isolation again. 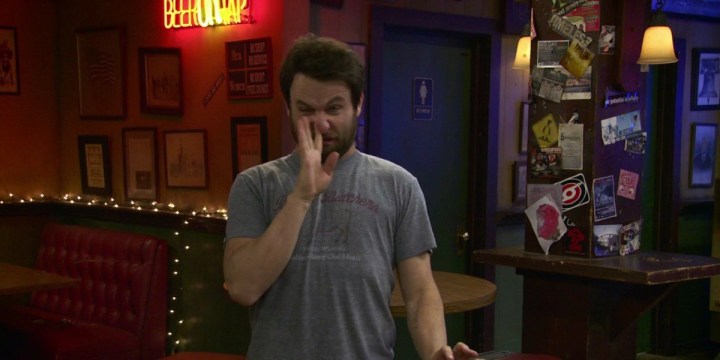 Frank decides that Charlie, him, and Mac need to play some games to distract themselves from going crazy. They make an attempt at playing Charades, which doesn’t go well because Charlie is terrible at giving clues, and Frank and Mac are even worse at guessing them.

Whether playing an endless game of solitaire, trying to challenge your cat to a game of ping-pong, or trying to get a game night going over Zoom, no matter how much you lie to yourself, it’s just not as fun as playing with someone in person.

This It’s Always Sunny Philadelphia episode is available to stream on Hulu, along with all current seasons of the show. Binge watch all fourteen seasons to minimize your descent into insanity.