Creating remakes of beloved properties has always been a tricky business, but the company behind the powerhouse mouse, Disney, has been rolling out live-action remakes for some of their most well-known animated movies for several years now. A new version of Mulan is coming our way in 2020, while films like Cinderella, Beauty and the Beast, Dumbo, Aladdin and The Lion King are already behind us. While the (actually, not really) live action Lion King made goo-gobs of green at the box office, not everyone was happy with it. You know, like Elton John. 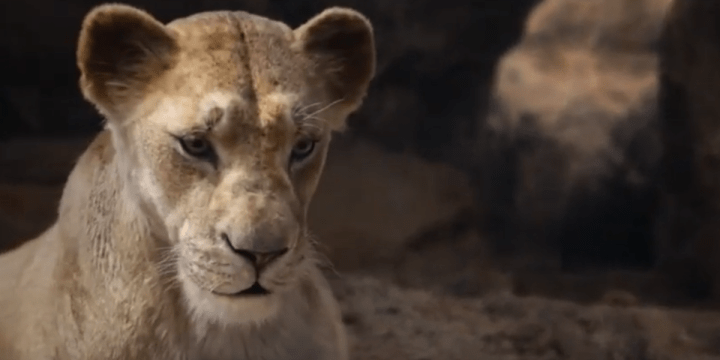 Elton John, who was an integral part of making the music for the animated Lion King, went on record to say that he wasn't happy with the new film, stating that he felt it was a "huge disappointment." This specifically applied to what was done with the songs he had so lovingly crafted for the original, which were re-recorded by the new stars, who included Beyoncé, Donald Glover, Seth Rogen and Billy Eichner. Well, now we know that Alfre Woodard, who voiced Sarabi in the remake, isn't the least bit bothered by John's words.

I don’t traffic in any of those things. I didn’t even read reviews. Don’t tell anybody. It’s like, you do your work and you go on and that’s it.

Well, this is a relief, isn't it? We love Alfre Woodard. We love Elton John. Whose side would we have taken if this turned into a battle royale?!

Elton John's big complaint about what was done with his songs in the new Lion King is that they "messed the music up" when they re-recorded the songs, which he felt led to a loss of the "magic and joy" which were held in the original versions. John also revealed that he was "extremely sad" to not have been invited to play more of a part in the new direction taken with his music and said he didn't feel he was "treated with the same level of respect" as the first time around.

Regardless, it's not hard to see where Alfre Woodard was coming from when she noted to Us Weekly that she simply doesn't worry about things like reviews. Once you do a movie (especially an odd direct-to-video movie), and know that you've given the performance your all, the only thing you really can do is clear the remnants of the character out of your psyche and move on to the next job.

When the job is done, it's done. I'm sure it's always lovely to know that someone enjoyed a project you did, but hearing that it wasn't liked, for whatever reason, doesn't add anything to or take anything away from the experience of making it. So, as Alfre Woodard does, it seems like a good practice for actors and filmmakers to just get on with the gettin' on afterward, positive reviews or not.

Woodard didn't say if this has always been her practice once she's done with a project, but for someone who has 120 film and television credits dating back to 1978, it's probably served her well to stay away from reviews.

You can watch the animated The Lion King right now on Disney+, while the 2019 version will surely be along on the service soon.

3 Reasons To Be Excited For 'The Lion King' Sequel
‘The Lion King’ Sequel In the Works With ‘Moonlight’ Director
The Lion King: Timon & Pumbaa featurette